Only locally crafted Ontario ciders carry the Ontario Craft Cider Association trademark designating them as truly authentic, independent and made from Ontario grown apples. This symbol is your guarantee of enjoying a locally crafted member cider.

Our cider masters and artisans transform the bounty of Ontario grown fruit into a diverse and innovative variety of flavourful ciders. Discover the diverse range of Ontario’s apple growing regions through extraordinary ciders that offer a taste of Ontario from crop to glass.

Ontario apple growers and cider makers work in partnership to showcase the best of Ontario grown fruit. The diversity of apples grown provides unique flavour profiles that are reflected in the innovative styles of cider produced. Ciders can be classified from dry to sweet and their appearance ranges from cloudy and unfiltered to completely clear. Many cider makers combine unique Canadian sourced fruits such as blueberries or raspberries or infuse herbs, spices and plants such elderflower or hops, or natural flavouring from maple syrup to local honey to craft innovative new taste sensations. These combinations provide endless possibilities of uniquely flavoured ciders.

Cider is a fermented alcoholic beverage made from apple or pear juice, but can also be flavoured with the juice of other fruits, such as peaches.

Pear cider is often called perry and is traditionally fermented with wild yeasts found on the fruit’s skin.

Ontario is Canada's largest apple growing region with over 16,000 acres of trees.

Ciders can be classified from dry to sweet. Their appearance ranges from cloudy with sediment to completely clear, and their colour ranges from light yellow through orange to brown.

Because it is made of fruit, not grain, cider is gluten-free.

There are approximately 700 apple growers in Ontario. While some of them manage orchards larger than 100 acres, the average size is about 20 acres.

Most apple harvests are still picked by hand.

Cider was the first alcoholic beverage produced and consumed in North America. The Pilgrims who settled the east coast brought with them apples as an easily transferable food source and by planting apple seeds in the new world started the first North American apple orchards…

The orchards were a key component to their survival due to the fact that most water was not safe for human consumption. By fermenting the apple juice, and making cider, the settlers had access to a safe, thirst quenching drink. In fact, most apple orchards were planted specifically for making cider and were not for apple consumption as we know it today. Apple varieties from this time still exist; most notable is the Rhode Island Greening, a precursor to the Granny Smith, which dates back to the 1600’s. Growing apples and making your own cider was quite popular in North America. By 1775 one of every ten farmers operated a cider mill. When prohibition came to the United States in the early 20’s the prohibitionists cut down all the cider apple trees. When prohibition was repealed in 1933, it took a few days for the brewers to have drinks in people’s hands…it takes up to five years to grow an apple tree.

Today, cider is making a comeback and is the fastest growing category of alcoholic beverages on both sides of the border. Local craft apple cider lovers driving the industry’s staggering growth (seven fold increase over the past five years). The modern consumer’s sophistication and desire to seek out new experiences has led to the rediscovery of a part of our heritage in the shape of craft cider: a delicious, natural, thirst quenching and refreshing re-discovery. Cider is again a part of the North American experience. 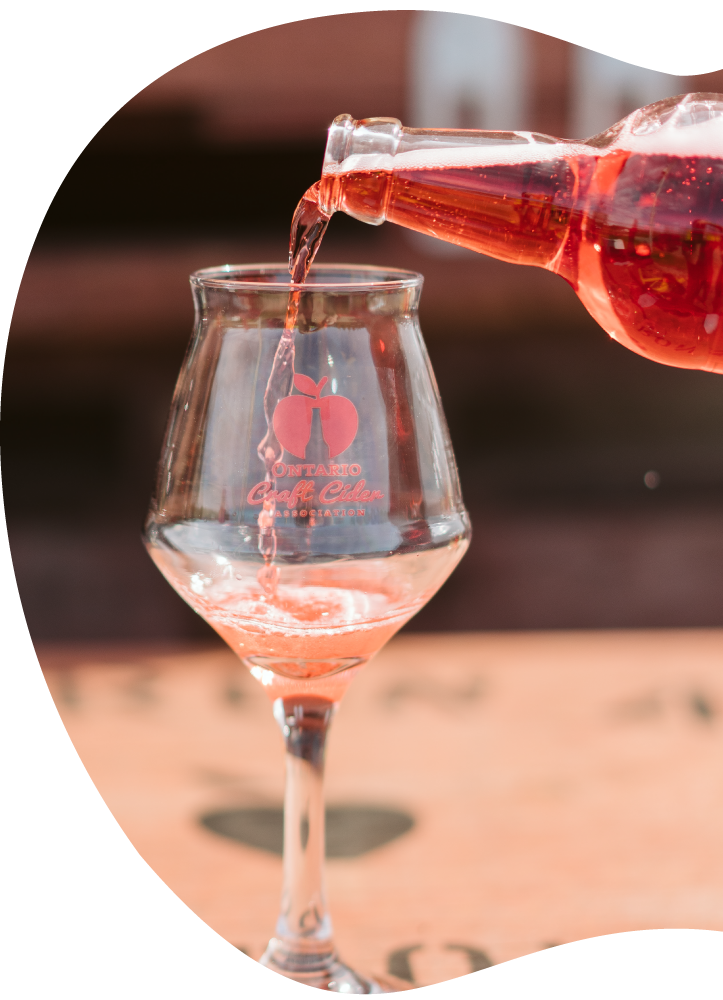 Through the art of blending apple cider with other local fruits such as blueberries, cranberries, and raspberries or other herbs, spices and other locally sourced edible flowers such as hibiscus and elderflower our cider makers create exciting flavourful and incredibly colourful tasty ciders innovations.